Review: Singin' in the Rain at the Wales Millennium Centre

What a glorious feeling it was indeed stepping out of the theatre after last night's performance of Singin' in the Rain at the Wales Millennium Centre. Humming the songs on our way to the car park, we were still riding the high of that post-musical flutter of excitement, not ready to part with that special feeling of escapism you experience so acutely with a rich production like this one. 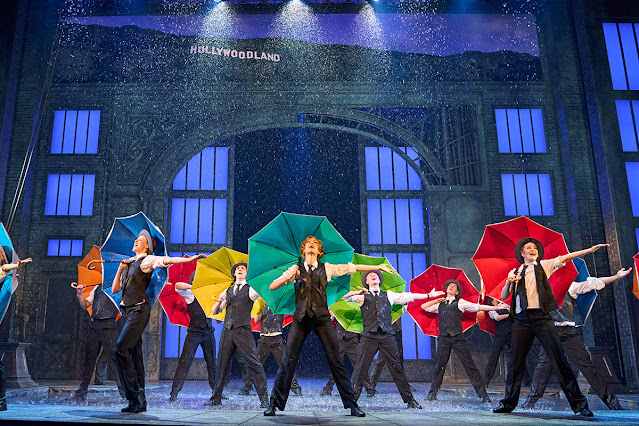 It struck me that going to see an on-stage production of a legendary film like the 1952 smash hit must be real treat for so many families who have introduced younger generations to it over time and have a connection to it. It just has that lovely, warm quality of having a place in the hearts of people from so many different generations. The musical production, from Director John Church, stays faithful to the critically acclaimed original, bringing to life the magic of the Golden Age of cinema, a thoroughly feel-good comfort blanket that will sweep you away into the timelessly glamorous world of 1920s Hollywood.

Fun fact: the songs actually came before the film, and most of them had previously appeared in a number of MGM productions. Many of the songs were written during the era where silent films were phasing out and 'talkies' were rising in popularity, so it was decided that the story be set during this significant transitional period in the film industry. 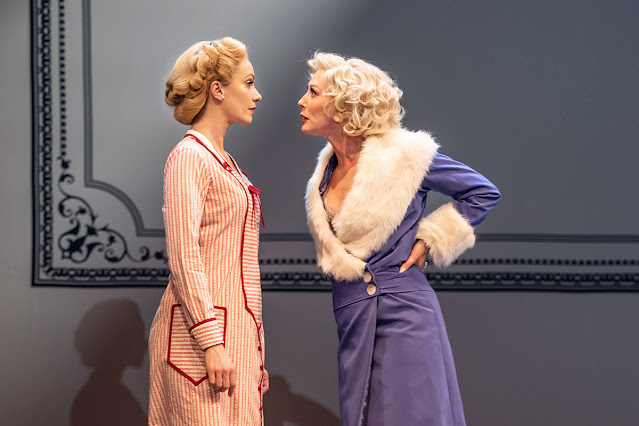 As "talkies" become increasingly popular, fictional Monumental Studios want a slice of the action and get set on putting together their first musical feature. There's just one glaring problem. America's most beloved silent starlet, Lina Lamont (played brilliantly by Jenny Gayner, she was the highlight of the show for me) can't sing - and even her speaking voice could strip paint from the walls. Gayner perfectly portrays the outrageously delusional Brooklyn diva, with a shrill and shrieky voice that must be quite hard to keep up for somebody who's clearly a professional singer in real life! Her tender rendition of 'What's Wrong With Me?' adds a surprisingly sympathic layer to a spiteful and self-obsessed (yet hilarious) character.

Enter Charlotte Gooch as Kathy Selden. A sweet, graceful and talented chorus girl with dreams of one day making it big in Hollywood, Selden is booked to vocals to be dubbed over Lamont in order to save the movie from disaster. You feel for her, as she's the one with the talent but gets none of the credit. Gooch has a beautiful, powerful singing voice and is very easy to warm to in the role, sharing some wonderful chemistry with our dashing heartthrob Don Lockwood, a role made famous by Gene Kelly, currently played by Sam Lips. 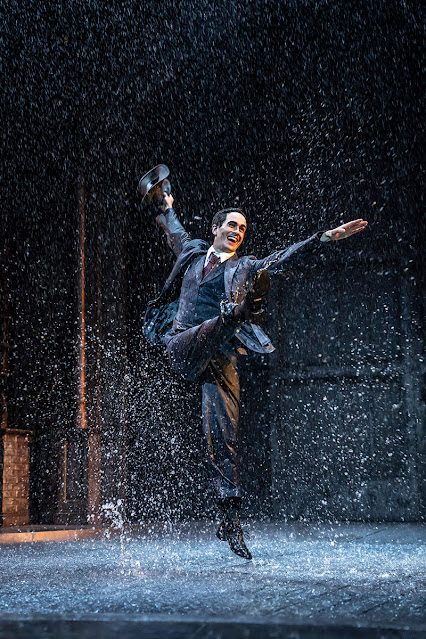 Our charming leading man is excellent in the role, boasting a velvety smooth singing voice and oodles of charisma. Nearing the end of Act One, the excitement and anticipation in the audience was palpable as the opening bars of Lockwood's signature 'Singin' In The Rain' started to ring throughout the threatre. One of the most joyous scenes in the history of cinema, it was to be expected that the musical production does it justice, and they fully succeed. More than 14,000 litres of water is used (and recycled) each night as the heavens open on-stage with Lockwood swinging, umbrella-twirling and tap dancing around that iconic lampost. I don't know exactly how they pull a stunt like that off but it solidifies this number as visual show-stopper, technically brilliant, ambitious and completely unique. If you're a thrill seeker, book a seat in the first couple of rows, and be sure to wear your waterproofs. I couldn't help but giggle everytime I heard the the squeals of people at the front getting splashed.

Strictly Come Dancing's Kevin Clifton plays a fantastically silly Cosmo Brown, showing real commitment to the slapstick and comedic charm required in his role as Lockwood's sidekick. He packs the physical comedy into 'Make 'Em Laugh', translating the number magnificently from film to stage with a very slick performance. The friendship between our leading trio is believable and they gel extremely well with each other on stage, with dialogue that's both clever, snappy and humorous. It's impossible not to smile through the upbeat, positive vibes of "Good Morning"! 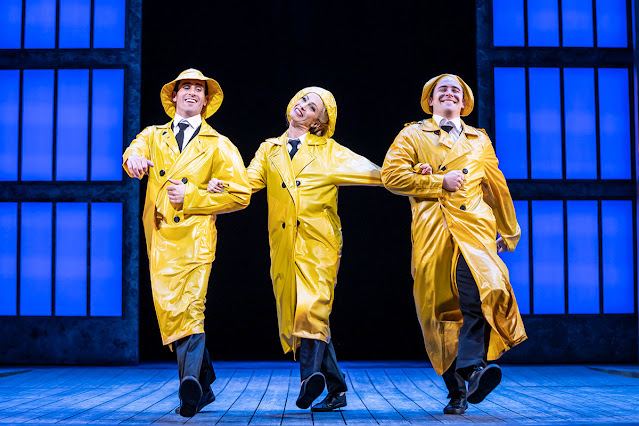 If I was pressed for negatives, the long, surreal dance sequence near the end of the film is a bit like marmite, with many people thinking it was just a bit much. I can see how some people may have thought this way in the stage musical too, it is rather a long scene for something that's just a dream!

Finishing with a gleeful, rousing reprise of the title song from the whole cast, the audience (myself included) were singing along enthusiastically, culminating in a well-deserved standing ovation. This production is all about the positive vibes and will have you beaming from start to finish. Dip into those rainy day savings and splash out on a ticket!

Singin’ in the Rain is showing at the Wales Millennium Centre until 28th May 2022. Click here to book your tickets. 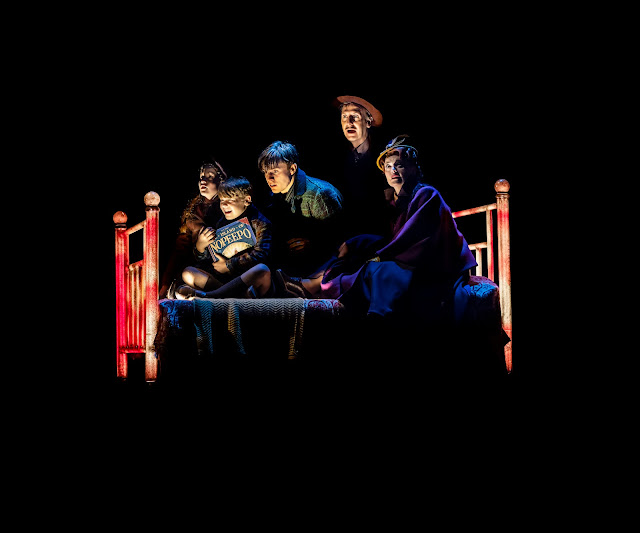